On 23 August, the Ministry of Labour and Employment had issued a preliminary draft on "Amendment in the Employees Provident Funds and Miscellaneous Provisions (EPF & MP) Act, 1952." The last date to submit one's comments on the draft bill which proposes major changes to EPF Act is 22 September.

Here are some of the major amendments proposed: 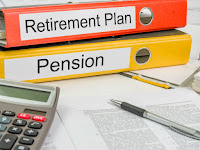 1. Allow replacement of EPS with NPS

The bill proposed to allow EPF members to choose to switch their contribution currently made towards EPS (Employees' Pension Scheme) to NPS (National Pension Scheme).

At present, while the whole of employees' contribution goes towards EPF, 8.33 percent of the 12 percent contribution made by the employer is made to EPS.

"It is proposed to insert new sections viz. sections 168 and 16C in the Act to give option to EPFO subscribers to opt for National Pension System (NPS), etc....in lieu of benefits under EPF & MP Act," the draft bill said.

"The option to revert back to mechanism under EPF & MP Act is also being proposed," it added.

The draft bill seeks to change the definition of 'wages' as per the EPF Act to that with the recent Code on Wages, 2019 bill passed by Parliament.

"In the present form the computational basis for determining provident fund contribution is basic wage, DA and retaining allowance. The amendment seeks to fix computational basis at 'wage' with the further stipulation that allowances paid above 50% or as notified percentage, of all remuneration will be included in wage," it said.

This will affect those that earn a basic salary of less than Rs 15,000 per month.

As per a recent Supreme Court hearing, if the basic pay does not exceed Rs 15,000 per month, the calculation of EPF contribution should take into consideration all other allowances (when it exceeds 50% of the pay), except for house rent allowance, overtime allowance, bonus, commission or presents by the employer.

Employers may either reduce the take-home salary or increase their CTC per employee. 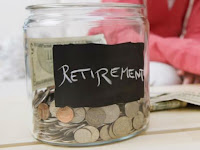 3. Employee contribution to EPF to be made optional if below a certain threshold of monthly income

"The budget -2015-16 (Para 62), included an announcement that for employees below a certain threshold of monthly income, contribution to Employees Provident Fund (EPF) should be optional, without affecting or reducing the employer's contribution.

4. Making EPF contribution a priority over debt in case of bankruptcy

The bill seeks to reword the EPF Act for the section that provides for priority of payment of contribution over other debts.

The section mentions Presidency Towns Insolvency Act, 1909 and Provincial Insolvency Act 1920, both of which have been subsumed by the Insolvency and Bankruptcy Code, 2016.

The substitution will be made accordingly. 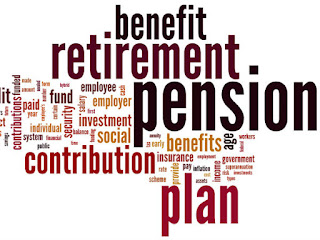 5. Exemption of certain establishments from EPFO

"The present Act does not stipulate any pre condition for grant of exemption. The Standing Committee on Labour in its 26th report on "Exempted Organisations I Trusts I

Establishments from EPFO: Performance, Issues and Challenges" presented to Lok Sabha on 07.04.2017, had, inter-alia, recommended that proper strong guidelines may be prepared with regard to past performance, net worth, group performance etc. as well as minimum strength of workers, collections, contributions, corpus of the companies establishments,to grant exemption," the bill said.

Posted by Connect One Dynamic Synergies Pvt.Ltd at 04:55